Eva Krchova: Czeching Out the Weights (a guest post)

"Weightlifting can stunt a child’s growth,” so I grew into 30 year old, 6’2” tall runner and joined the Boulder Barbell Strategy.


The myth, “Weightlifting can stunt a child’s growth,” is probably the most common fear surrounding kids, sports and weightlifting.

This conventional tale has not missed me either.

My dad was a climber and wanted me to be an outdoorsy, active and a well rounded kid. I spent my childhood playing in the nature enjoying all the natural and evolutionary activities - the running, the climbing, the crawling, the jumping on the boulders, hanging on the branches. This ultimate big and fun play eventually turned into my sport.

Since the age of six, I have competed in running, climbing, gymnastics, nordic skiing, swimming, biking, cycling and triathlon. All this to evolve my overall physical background, down the road choosing track and field to be my main athletic focus, representing my home country the Czech Republic and competing on the global stage.

However, the barbell, the ultimate symbol, which the humankind over the years has agreed to associate the sports with has been left out.   Throughout my running career, I have been ‘successfully’ avoiding the weights. I was also given to understand the superstition “Weightlifting can stunt a child’s growth,” so I was rather exposed to as many physical movements as possible keeping the barbell in the corner and kept growing tall.   Don’t get me wrong. The common concern that weightlifting can challenge the children’s growth plates, fuse them together prematurely and hinder their overall growth could be legit to a certain point. However, I missed the moment this concern wasn’t valid anymore and I could have had adapted this barbell training into my workout routine way earlier.

During my collegiate career, I was assigned to the long distance group, which involved overall plyometrics and circuit training. When finished the undergraduate student-athlete life and started the post-collegiate running journey, I sticked with body weight plus returned to my beloved rock-climbing, thinking this combination will supply my personal exercises needs.   When walking into a gym, I would always passed the barbell section heading to the machine area. Barbells intimidated me. (After all, being 6’2” tall - I was scared to stunt my growth.) While I knew, my physical and growth development have already stop, I was intimidated how to use these metal toys. Moreover, I was also daunted by the kind of guys, which were gathering around the barbells. It was usually the “protein bros crew” I did not have a desire to join or hang out with.   This narrow and stereotypical mindset prevailed until the moment I have joined the Hudson Elite Running Group which was based in Boulder, Colorado. During that time, my teammates started highly talking about this weightlifting coach Randy Hauer and his associated gym, the Boulder Barbell Strategy.

Back then, my passion for rock-climbing was unconditional taking my free time between running and my job. My curiosity about the barbell training was minimal. With the words of gratitude, I turned down the genuine invites to check out the weight room and kept doing the body weight fitness solo dance.  This illiterate attitude towards the barbells, which could jeopardize my already completed height, lasted until this year when I return back to Boulder for some altitude running training. Coach Randy has not given up on me and kindly invited me again to his gym, the Barbell Strategy. And I showed up.   It is not surprising but actually obvious the narrow assumptions were once again wrong.   I did not join a group of protein bros kissing their biceps and egos.   On the contrary, I was welcomed by a genuine group of weightlifters, runners and inspiring human beings using barbell training to step up their athletic game supporting each other. All this under a diligent and holistic supervision of the coach Randy.

The training here at the Barbell Strategy Gym is everything but kissing the ego and the biceps. It is a well rounded and comprehensive workout program strengthening the main muscle groups to favor your main sport, in my case - running.

The newly acquired exercises assigned by Randy, the hang power cleans, squats, deadlifts, RDLs, snatches and others, are building up the running muscles allowing me to absorb the workout load I experience later outside of the gym on the track and the trails.

Simply said, it helps me to get stronger to run longer.

Coach Randy prepares the weekly strength programs while constantly keeping an eye on all of us - checking our technique, posture, breathing, fixation of the focal point, the intensity and weather our senior growth plates are in check.

Under the supervision and guidance of professional weightlifting coaches and advanced sports performance trainers, the right execution of weightlifting does not stunt growth. Quite the contrary, it encourages growth.   I am very happy and thankful to be supported by the Barbell Strategy Project and to follow coach Randy’s mentorship incorporating weightlifting into my running training and routine. I am excited to incorporate and carry on this strength conditioning into my career.

Moreover, I am so looking forward where this barbell conditioning will lead (& hit) this 6’2” tall body of mine into. 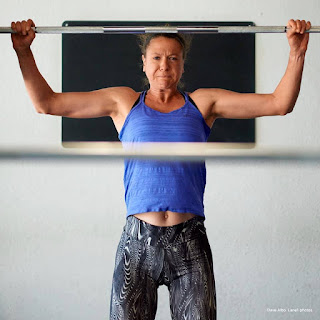 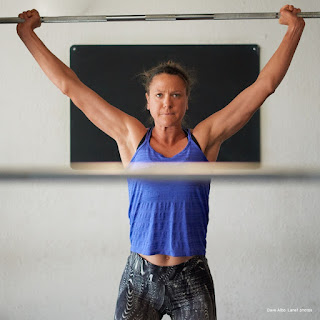