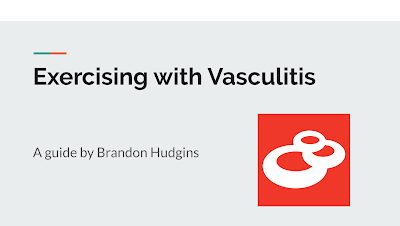 I met Brandon, if I recall correctly, in the fall of 2011 when he and Addie Bracy, her brother Ian, and Brie Felnagle all came out to Boulder for an altitude training camp stint. They were training "low" in Boulder and sleeping/recovering at higher altitude in Nederland and used the facility I was based in at the time for weight training. We all stayed in touch via Facebook when they went back home.

Which was how, several years later, I learned that Brandon had been dealing with a rare and incurable autoimmune disorder called Granulomatosis with Polyangiitis, formerly known as Wegener's), a form of a larger classification of diseases known as vasculitis. Despite being put through the wringer, (you can buy his book and read about his journey) he has been able to continue training and racing and uses his elite athlete status as a platform to raise awareness as spokesperson for the Vasculitis Foundation.

Ironically, about six months after I donated to Brandon's organization, Victory Over Vasculitis Christmas Day 2017 to be exact, I came down with what I thought was a bad cold, but a few months later the bridge of my nose collapsed and I started losing my hearing. Yep, I had come down with Wegener's. So far, my symptoms have remained localized to upper respiratory issues, my treatments have been conservative and I seem to be responding well and through it all Brandon has been a great source of information, support and encouragement.

Here is a slide presentation Brandon put together on the importance of exercise and its positive effects on folks suffering with this disease. I watched it last night during his Going the Distance Live podcast which he does on Facebook Live most Wednesday evenings. Even a little bit of moving around helps, so do what you can!