Olympic Weightlifting and Sports Performance and the Chicago Bulls

Here is an article that appeared in a now long defunct relaunch of an even longer defunct classic weightlifting magazine called Strength and Health.

This piece was written about 19 years ago and discusses the weightlifting movements done by the Chicago Bulls basketball team under the direction of coaches Al Vermeil and Mike Gattone. 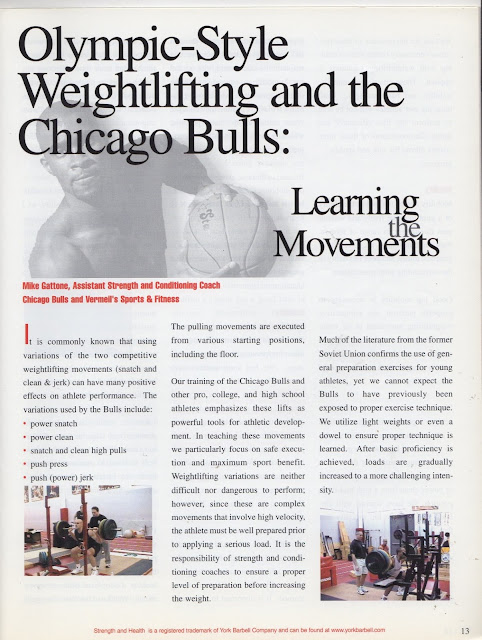 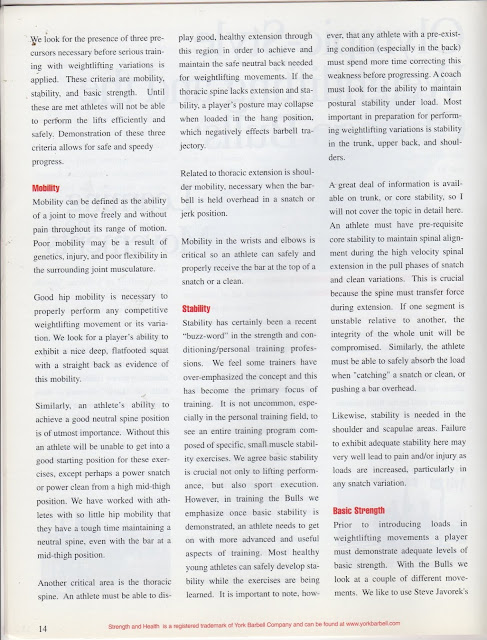 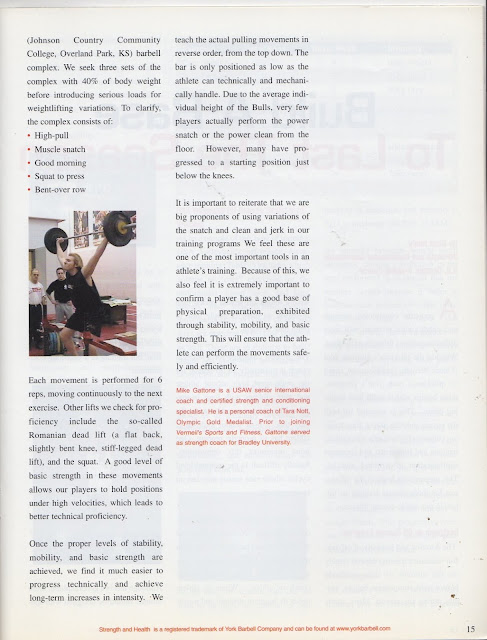 What many coaches and athletes do not understand is that practicing your sport, whether that is running, cycling, soccer, football, basketball, lacrosse, throwing is insufficient to strengthen the body to exert and direct maximal force. Plyos are not an equivalent.  Most athletes get plenty of plyos from their actual sports: running is hopping from leg to leg, basketball and soccer players, run, jump, sprint and jump some more. All plyometric. Most trainers are too anxious to get to the "wax and shine" exercises without first addressing the engine and the transmission of their athletes. Squats, pulls, presses, cleans and snatches are fundamental to athletic strength training. Single leg squats, split squats and wobble board single leg RDLs are not fundamental to anything and worse may just be a waste of time. It is interesting that teams that do the most unilateral lower body work have more lower body injuries than teams who do mostly bilateral low body work.

Here is a graphic from the link above comparing the stats, length of careers and lifetime earnings of identical twin NBA players Horace Grant and Harvey Grant. Now, association isn't causation, but note that Horace's career was much longer and his earnings nearly triple of his twin. Horace had three championship years with the Bulls and one more with the Lakers at the end of his career.

Horace did the Olympic lifts, Harvey did not. 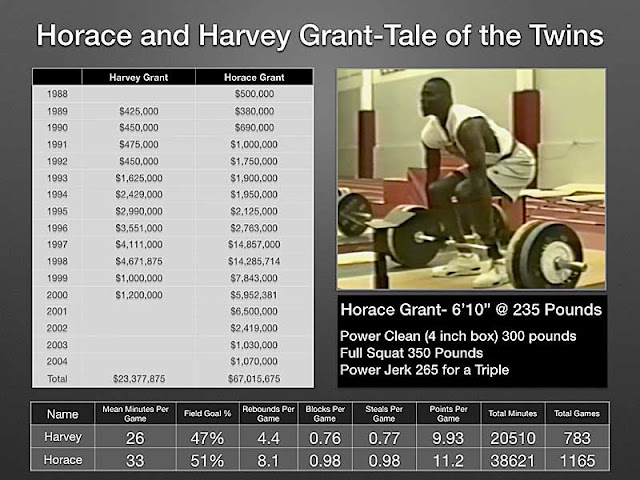